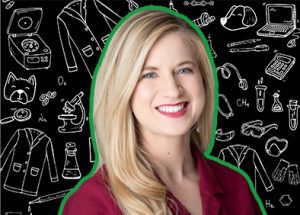 Carly LeVan joined BGR Group in 2018 and serves as the deputy director to Governor Haley Barbour, former Governor of Mississippi and Founding Partner at BGR Group.

Prior to joining BGR, Carly worked at The Larrison Group, a DC-based boutique consulting firm specializing in campaign and non-profit fundraising. Carly began her fundraising career in 2013 as a finance coordinator and assistant to the President of The Larrison Group and Finance Director of the National Republican Senatorial Committee during the 2014 cycle – a historic election when Republicans picked up 9 seats and became the majority party in the Senate.

During her time at The Larrison Group, Carly worked on the national and DC fundraising teams for Senator Orrin Hatch (UT) and Senator Rob Portman (OH), as well as Congressman Marsha Blackburn’s (TN) successful run for Senate in 2018. In addition to her work with Members of Congress, she coordinated with the firm’s President to advise private sector clients on political strategy during the 2014, 2016 and 2018 cycles.

Carly gained experience in non-profit fundraising and management when The Larrison Group established and organized The Orrin G. Hatch Foundation, founded in 2015 with the mission to preserve the legacy of the longest serving Republican Senator and promote bipartisan problem solving among current and future policy makers.

In the spirit of bipartisan problem solving, Carly appreciates and supports the work of White Coat Waste Project. Combining her love of animals and responsible government spending, WCW’s mission and success is a powerful reminder about what can be achieved by finding commonality among humans and animals alike.