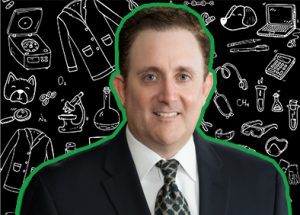 David Gortler, Pharm.D. FCCP is a pharmacologist and pharmacist and a Yale-trained bench research trained scientist in molecular biology with a subspecialty in the field of vascular medicine. He was later hired as professor of pharmacology and biotechnology at the Yale University School of Medicine, where he also served at Yale’s Center for Bioethics and was an FDA Medical Officer who was later appointed by the White House to serve on the FDA’s Senior Executive Leadership Team as senior advisor to the FDA Commissioner. He is a scholar at the Ethics and Public Policy Center in Washington, DC where he runs the FDA/HHS accountability project. He is also a regular He is a regular scientific policy columnist at Forbes.com.

Dr. David Gortler has been a long-term advocate of legislation requiring the FDA to replace its outdated, poorly predictive animal testing with newer, state-of-the-art OOC technology.