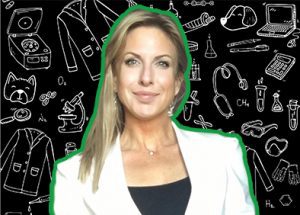 Desiree threw herself into an investigation of the region’s most notorious Class “B” dealer, who acquired and sold family pets to animal experimentation labs. She worked closely with a USDA APHIS inspector in connecting missing pets to the Class B compound. And on March 11, 2004, C.C. Baird was officially charged with hundreds of Animal Welfare Act violations, and his USDA license was permanently revoked.

In 2018, risking her career as the executive director of one of Louisiana’s largest animal shelters, Desiree blew the whistle on “pound seizure” to stop the sale of shelter dogs to the local taxpayer-funded animal lab. Forced to resign, she then led a successful grassroots campaign to end pound seizure through the passage of state law in 2019. Prior to joining WCW Project, Desiree also worked as a State Director for one of the nation’s largest animal welfare organizations.

Desiree lives outside of Little Rock, AR, with her five dogs and four horses.