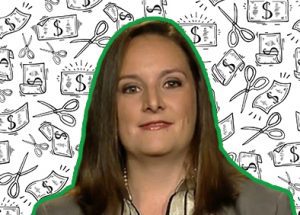 Jerri Ann Henry is one of the nation’s foremost communications and messaging strategist focused on grassroots, digital and traditional outreach and coalition building. Through her work as the Campaign Manager of Young Conservatives for the Freedom to Marry and as an advisor to a number of education, women’s issues and message development groups for conservatives, Jerri Ann has utilized her expertise in digital listening, data analysis and campaign experience to create targeted, outreach efforts for corporations, advocacy groups and political campaigns. For this impact and vision she has been named one of Maverick PACs Future 40 leaders of the Republican Party. In 2017 Jerri Ann was honored as a Rising Star by Campaigns and Elections Magazine.

Jerri Ann began her political career managing the grassroots campaign for the American Coalition for Clean Coal Electricity. This campaign focused on building an active citizen army who participated in outreach to the 2008 presidential candidates to raise support for energy produced from coal. Jerri Ann managed over 20 campaign teams in 10 states and created the online outreach programs targeting legislators and presidential candidates.

After her time in the non­profit space, Jerri Ann began work as a Digital Communications Director with Ed Gillespie Strategies. She was responsible for managing the outreach for Resurgent Republic, Broadband for America and a number of other right­of­center campaigns. Jerri Ann went on to become the Digital Director at JDA Frontline. While there she managed the firm’s digital practice including website creation, social media engagement, advertising and email campaigns. After the 2012 presidential campaign Jerri Ann utilized her digital and data expertise as the Associate Vice President of Widmeyer Communications’ Higher Education practice. She managed chris communications and branding efforts for a number of education corporations and universities.

Originally from Texas, Jerri Ann grew up in Dallas. She was home schooled and attended Texas A&M University. While at Texas A&M, Jerri Ann studied Animal Science and was active in her church, College Republicans, COALS Council, Class Councils and Student Government where she served as a senator for four years and as the Academic Affairs Chair for two years. Jerri Ann also established and chaired the University’s Honor Council and was selected to participate in a trip with other student leaders to Qatar and was awarded the Buck Weirus Spirit Award. Immediately after college Jerri Ann interned in Washington DC and hiked the Appalachian Trail with a non­profit group to fight childhood obesity. She worked in advertising for a brief stint before moving to DC to work with the Republican party and build political communications.

Today Jerri Ann and her partner live in DC. She is an avid hiker, active in her church and proud to serve on a number of boards related to the state of Texas and women’s issues.