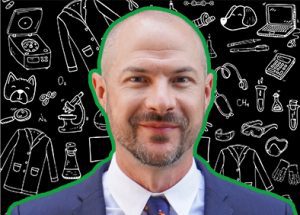 Justin Goodman is the Senior Vice President of Advocacy and Public Policy at White Coat Waste Project (WCW). For more than 15 years, Justin has led high-profile, winning grassroots and lobbying campaigns to expose and end wasteful and cruel taxpayer-funded experiments on dogs, cats, primates and other animals. In 2017, Justin was awarded the 40 Under 40 award by the American Association of Political Consultants.

He has co-authored extensive peer-reviewed research on ethical, scientific and regulatory issues related to animal testing. Justin earned his Bachelor’s and Master’s degrees at the University of Connecticut and spent years as an adjunct professor of sociology at Marymount University where he taught international study abroad programs about illegal wildlife trafficking.