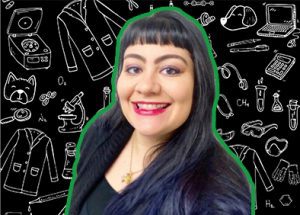 Kat Murti is a libertarian, feminist, and activist, working to make the world a better, freer place, one day at a time. A self-described “creature of the internet,” she believes in using the power of the social media to spread the ideas of liberty online. Kat has been passionate about individual liberty since childhood, and has identified as a libertarian since 15.

As Senior Digital Outreach Manager at the Cato Institute, Kat is responsible for Cato’s overarching social media strategy, in addition to editing the Weekly Dispatch, organizing and moderating the #CatoDigital event series, and overseeing special digital outreach projects. She is an Appointed Director and Vice Chair of the Board of Trustees for Students for Sensible Drug Policy, an international non-profit empowering student activists to end the war on drugs. She has chaired SSDP’s Diversity Awareness Reflection and Education (SSDP DARE) committee since 2012, edits the Monthly Mosaic, a monthly newsletter focused on intersectionality and the War on Drugs, and co-chairs the Fundraising Committee. Kat serves on the advisory board of White Coat Waste Project, a non-profit taxpayer watchdog group bringing libertarians, conservatives, animal rights activists, and taxpayers together to cut the federal government’s wasteful $12 billion annual animal experimentation budget.

She is the co-founder of Feminists for Liberty (FFL), a new organization that promotes gender equality without abandoning classically liberal ideas. FFL is anti-sexism and anti-statism, a new feminist revolution for dissident feminists of all genders, focused on both traditionally “men’s” and “women’s” issues. Kat is co-leader of the Washington, D.C. chapter of the Ladies of Liberty Alliance, and greatly enjoys the opportunity to bring together a wide array of liberty-focused professional women. She believes in the importance of nurturing future leaders, and is a mentor through The Fund for American Studies, Students for Sensible Drug Policy, and the Charles Koch Institute.

In her free time, Kat enjoys food, fashion, and travel, and occasionally plays on the One Hitters (drug policy) softball team and the Invisible Foot (Cato) soccer team. Kat is an alum of the University of California at Berkeley with a bachelor’s in Political Science.