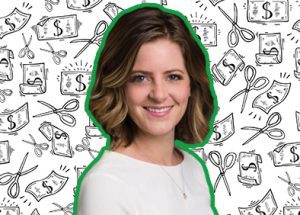 Liza Heavener is Chief Operating Officer at NEXUS Global Summit. She has wide-ranging experience working nearly ten years in federal politics, grassroots and campaign strategy and with the United States Congress. Liza was a healthcare lobbyist for a large membership organization, running their national advocacy program to engage hundreds of thousands of advocates across the country. She was also a founding member of an organization dedicated to stopping deforestation in Borneo, Indonesia and assisted in building an orangutan rehabilitation center in the rainforests of Borneo.  In her role as the Chair of the NEXUS Working Group on Animal Welfare and Biodiversity Conservation which is dedicated to educating, empowering and connecting Next-Gen impact investors, philanthropists, and social entrepreneurs. She also serves as an Advisor to the Millennial Action Project and as a Vice Chair of the Alumni Council for Eastern Mennonite University. Liza had a feature role in the internationally-acclaimed documentary and tv series, “Rise of the Eco-Warrior,” and has spoken at conferences across the country including a keynote presentation at Microsoft’s ISTE conference.