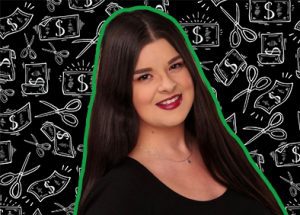 Terrisa Bukovinac is an atheist, feminist, vegan, leftist, consistent life activist, and founder and Executive Director of PAAU the Progressive Anti-Abortion Uprising. She is the former President of Democrats for Life of America and founded Pro-Life San Francisco where she remains President of the Board. Terrisa is a co-leader of Secular Pro-Life and also serves on the Board of Directors for Rehumanize International and Let Them Live.

Terrisa graduated at the top of her class from Specs Howard School of Broadcast Arts and has over 15 years of experience in business and team management with several fortune 500 companies. She is an active mentor and speaks to pro-life groups throughout the U.S. on secular and progressive outreach. Her efforts have been featured in major media outlets such as NBC News Now, the Huffington Post, San Francisco Chronicle, NPR, Fox News, Slate, Refinery29, Daily Signal, Washington Post, World Magazine, the Christian Post and many more. She resides in Dupont Circle, Washington DC, with her two cats.