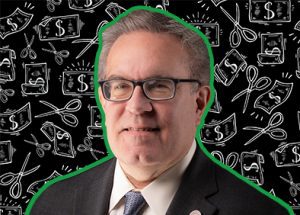 The Honorable Andrew Wheeler serves as the Director of the Office of Regulatory Management for Governor Glenn Youngkin. He previously was confirmed by the United States Senate as the 15th Administrator of the U.S. Environmental Protection Agency, he was previously confirmed as the Deputy Administrator. As the EPA Administrator, he instituted the first-ever phase-out of animal testing for a federal agency. Mr. Wheeler started his career at the EPA in 1991, spent fourteen years working in the United States Senate with the last six as the Staff Director and Chief Counsel of the Senate Environment and Public Works Committee. He was also a Principal at Faegre Baker Daniels Consulting and Of Counsel at Faegre Baker Daniels Law Firm. Mr. Wheeler has an MBA from George Mason University, a JD from Washington University in St. Louis, and a BA from Case Western Reserve University. He is an Eagle Scout.