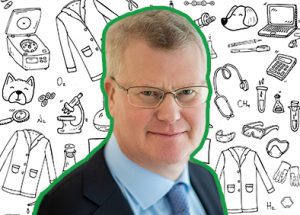 Dr. David Asher has advised the U.S. government on countering money laundering, terrorism financing, and sanctions evasion schemes as well as campaigns to undermine nation-state and terrorist adversaries. He has developed and conducted whole of government investigations into international issues involving nuclear, chemical, and biological weapons development and proliferation. Over the last 25 years, he has played a senior role in economic and financial pressure campaigns involving terrorist organizations, drug cartels, and weapons proliferation networks.

Most recently in 2020 he served at the State Department, advising and supporting investigations into nuclear biological and chemical weapons proliferation and development issues. At State, he spearheaded a task force for the Office of the Secretary looking into the origins of COVID 19 and the role of the Chinese government.

In 2014, Dr. Asher rejoined the Department of State where he led the development of the U.S. government interagency and coalition economic Warfare Campaign Strategy against the Islamic State under the Presidential Special Envoy, General John Allen. This interagency and international campaign played a significant role in the destruction of the Islamic State’s finances and economic support base.

From 2008 to 2010, Dr. Asher advised the leadership of U.S. CENTCOM on Iran-Hezbollah economic pressure strategy as well as on counterproliferation and counterterrorism operations. From 2010 to 2014, he served as a senior advisor to the U.S. Special Operations Command for counter threat finance and counter network operations. As part of his work for CENTCOM and then SOCOM, he helped initiate and lead DEA’s Project Cassandra and Operation Titan Investigations into Lebanese Hezbollah’s global drug trafficking and money laundering networks. These investigations resulted in dozens of arrests and the largest counterterrorist civil financial action in the history of the U.S. Department of Justice, the $483 million forfeiture claim against the Lebanese Canadian Bank (ultimately resulting in a $102 million asset forfeiture in the United States).

2001 to 2005, Dr. Asher was senior advisor for East Asian and Pacific Affairs at the State Department, special coordinator of the State Department’s North Korea Working Group (under the Secretary of State), co-chair of the North Korea Activities Group Policy Coordinating Committee for the National Security Council, and U.S. delegation adviser to the Six-Party Talks. During the George W. Bush administration, Dr. Asher developed and oversaw the global targeting and disruption of the Kim Jong-il regime’s financial, illicit trading, and WMD networks, including FBI-USSS joint investigations Royal Charm and Smoking Dragon that penetrated North Korea’s criminal state via a “double sting operation” involving undercover FBI agents operating inside the Gambino crime family. These investigations led to 87 arrests inside the US in 2005 and hundreds more in Asia.

Dr. Asher also was the strategic architect of the September 2005 designation of Banco Delta Asia in Macao (North Korea’s key global financial artery), the February 2011 designation of the Lebanese Canadian Bank (LCB), and the April 2013 designations of the Rmeiti and Halawi Exchange Houses—all under Section 311 of the USA Patriot Act. The LCB network was Hezbollah and Iran’s main gateway to the global dollarized trade and financial system and both suffered severe consequences upon imposition of the 311 actions.

Dr. Asher has a doctorate in international relations from Oxford University and was a College Scholar at Cornell University as an undergraduate. He is fluent in Japanese. He has over two decades of experience working in the international financial community, including advising global hedge funds on Japan and Asia strategy. He is co-founder of Sayari Labs, a financial intelligence and commercial data provider, and a Strategic Advisor and Limited Partner at OMX Ventures.