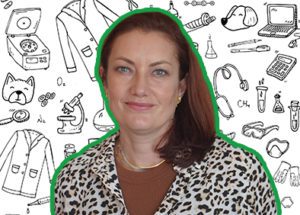 Julie Germany served as the COO of Generation Opportunity and as the Vice President of Digital Strategy at DCI Group, a grassroots public affairs firm in Washington DC. She is on the board of advisors for the Army Heritage Center Foundation, which seeks to tell the story of the American soldier.

She has also served as the Director of the Institute for Politics, Democracy & the Internet and the Director of Marketing and Communications for The George Washington University’s Graduate School of Political Management. Julie is the principal author and editor of several publications, including Constituent Relationship Management for State Legislators; Best Practices for Political Advertising Online; Constituent Relationship Management: The New Little Black Book of Politics; and Person-to-Person-to-Person: Harnessing the Political Power of Online Social Networks and User-Generated Content; The Politics-to-Go-Handbook: A Guide to Using Mobile Technology in Politics; and The Political Consultants’ Online Fundraising Primer. She co-authored Putting Online Influentials to Work for Your Campaign, and she has authored chapters in Campaigning for President 2012, The Routledge Handbook of Political Management; Campaigning for President 2008: Strategy and Tactics, New Voices and New Techniques; Voting in America; and Rebooting America. She has appeared in national and international newspapers, magazines, and media, including MSNBC, C-SPAN, Fox News, CBS, and NBC.

In 2008 Julie was honored as a Rising Star by Campaigns and Elections’ Politics Magazine, and in 2015 she was awarded the 40 Under 40 award by the American Association of Political Consultants. In 2011, she co-founded the mCitizen Summit (www.mobilecitizensummit.com) with a group of mobilists in government and advocacy. Julie also served until 2013 as the founder and chairperson of the annual CampaignTech conference, hosted by Campaigns & Elections magazine. CampaignTech focuses on using technology in the politics, policy, government, and elected office spheres. Julie is a co-founder of the Association of Social Media and Higher Education and a founder of Mobile Monday DC, the local chapter of an international community of mobile technology experts and enthusiasts.

As an undergraduate, she studied Literature at Messiah College. She was a Pew Younger Scholar of Literature at the University of Notre Dame. She received an M.A. from The George Washington University. She lives in Alexandria, Virginia, where she and her husband spend their free time herding their four cats — Jasmine, Bert, Ernie, and Trucker Cat — and their dog Violet, whom they rescued from a taxpayer-funded animal research lab.