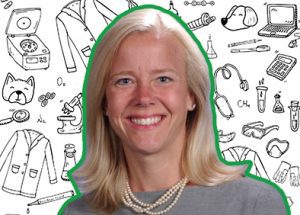 The Honorable Karen A. Johnson served as Assistant Secretary of Education for Legislation and Congressional Affairs. In this Senate confirmed position Ms. Johnson was the Department’s primary contact with Capitol Hill, overseeing the direction, planning and development for the implementation of the Administration’s legislative goals and priorities. As Assistant Secretary, she often joined Members of Congress in their districts addressing the landmark and controversial No Child Left Behind Act. A senior member of the Department’s staff, Ms. Johnson was a key advisor to Secretary of Education Rod Paige, providing strategic counsel on legislative, political and communications issues. Before working as Assistant Secretary of Education, Ms. Johnson was vice president of social marketing and public affairs at Porter Novelli, where she had oversight of a number of not-for-profit and foundation clients including Catholic Charities and the Robert Wood Johnson Foundation. Ms. Johnson is a veteran of numerous campaigns and large scale political management efforts, including the 2000 Republican National Convention in Philadelphia, where she served as convention manager for public liaison, overseeing the logistics and activities of the convention’s 45,000 visitors. Additionally, she managed U.S. House Budget Committee Chairman John Kasich’s presidential primary campaign and leadership political action committee — Pioneer PAC. Ms. Johnson continues to be called up to lend her expertise in the field. In 2006, she was deployed to Oregon where she worked for several months as grassroots coordinator and advisor to Ron Saxton’s Gubernatorial campaign. In 2007-2008, she served as a senior advisor for former Arkansas Governor Mike Huckabee’s presidential bid and continues to be politically active in her home state of Virginia. Her campaign work is recognized internationally as well. Ms. Johnson frequently travels to Istanbul on behalf of the International Republican Institute to work with emerging Iraqi women leaders and serves as a mentor to women leaders in Jordan and Egypt through CLIME (Center for Liberty in the Middle East). Most recently she traveled to Albania to work with a variety of coalition groups on the topics of advocacy, leadership and organization. Ms. Johnson’s unique political resume earned her a fellowship at the University of Pennsylvania’s Annenberg School for Communications and a speaker at the Fels Institute of Government. An active member of her community, in recent years Ms. Johnson has focused her efforts on education-related organizations. She is on the Board of the Washington Mathematics Science Technology Public Charter High School in the District of Columbia, and is an education advisory board member for BizWorld, a San Francisco-based non-profit that inspires children to be innovative leaders through the teaching of business, entrepreneurship and finance. Ms. Johnson began her career as a staff assistant for Congressman Duncan Hunter (R- CA). She is a graduate of Appalachian State University in North Carolina, where she earned a bachelor’s degree in communications. She is the veteran of over a half a dozen marathons and has hiked to the summit of Mt. Kilimanjaro.