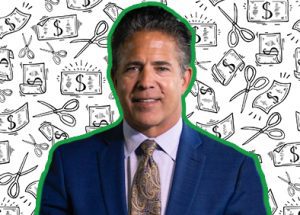 The Honorable Michael D. Bishop has a passion for public service. He served two terms in the United States Congress, serving on the House Committee on Ways and Means, the Judiciary, and Higher Education. Michael also served in the Michigan House of Representatives, and the Michigan Senate, where he was elected by his colleagues to be Senate Majority Leader.

Over the years, Michael has utilized his experience in both the public and private sectors to serve on private and publicly traded boards of directors, nonprofit philanthropic organizations and causes, and as an adjunct Professor of Law.

A graduate of the University of Michigan and Michigan State Law, Michael is licensed to practice law in the state of Michigan, the District of Columbia, and before the U.S. Supreme Court.

A lifelong resident of Rochester, Michigan, Michael and his wife, Cristina, have three children: Benjamin, Gabriella, and Nathan (and dog, Koda).